What does the new decade hold for ventricular tachycardia ablation? 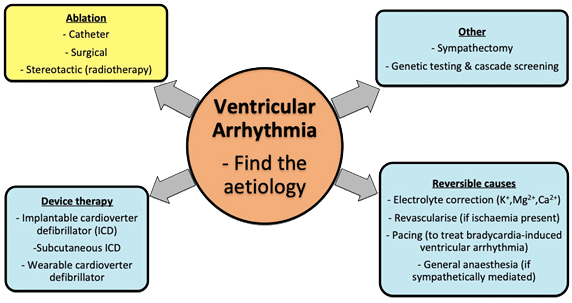 Figure 1. Broad overview of the management of ventricular arrhythmia

The general approach in the management of VT depends on the aetiology, in other words, whether or not the heart is structurally abnormal (i.e. ischaemic or non-ischaemic cardiomyopathy) or normal (commonly outflow tract in origin). This takes into account the three fundamental mechanisms of a tachyarrhythmia: re-entry (the main mechanism in scar-related VT), abnormal automaticity and triggered activity.4 Table 1 explains some of the terms used in defining the different ventricular arrhythmia.

Patients with structural heart disease who experience VT have an elevated risk for mortality and sudden cardiac death and a secondary prevention implantable cardioverter-defibrillator (ICD) has been shown to reduce mortality by 28% (driven by a 50% reduction in arrhythmic death).7 ICDs terminate VT by using anti-tachycardia pacing (delivering a few seconds of pacing stimuli at a rate faster than the VT to pace-terminate the arrhythmia) or delivery of a direct current (DC) shock. Although ICDs effectively terminate VT (up to 38% receive an appropriate shock for VA within 5 years8), it does not prevent VT. Unsurprisingly, recurrent VT and repetitive ICD shocks can have a significantly negative impact on morbidity and mortality.9,10 Anti-arrhythmic drugs (e.g. Amiodarone) can be used to prevent VT recurrence however Amiodarone use has been associated with undesirable toxicity and increased mortality risk.11 Invasive catheter ablation is the only treatment available to modify the arrhythmogenic substrate in VT and has been shown to reduce risk of VT recurrence as well as delay VT recurrence in randomised controlled trials.1–3,12,13,14 Consequently, guidelines recommend the use of catheter ablation as an adjunctive therapy to prevent VT recurrence and repetitive ICD therapies.1–3 Data from the United Kingdom,15 Europe16 and the United States of America17 has shown an exponential growth in VT ablations in line with increased ICD implantation rates

In contrast, VT or PVCs in the setting of a structurally normal heart carries a lower risk for sudden cardiac death and an ICD is infrequently indicated (i.e. haemodynamically unstable VT).3 In this group of patients, catheter ablation is potentially curative and can be considered for either symptomatic relief or to treat tachycardia-associated cardiomyopathy.18

Table 2 describes a brief overview of the history of VT ablation. Up until the last two decades, there were no randomised clinical trials of catheter ablation of VT due to multiple challenges. Some of the challenges include the inability to blind the patient to VT ablation to obtain a control group, high cross-over (and drop out) rates between VT ablation and anti-arrhythmic drug therapy groups, heterogeneity of mapping and ablation techniques, catheters and equipment, rapid technological development which then make the findings of any long-term trial less clinically relevant, lack of consensus on short and long-term success and late presentation of patients who are usually very unwell.19

A number of randomised controlled trials have been undertaken on catheter ablation of VT on patients with structural heart disease; mainly ischaemic cardiomyopathy (see Table 3). These studies have allowed refinement of patient selection criteria, optimal timing and ablation techniques which if applied in real world settings can translate into efficacy and safety comparable to RCTs.32,33 Traditionally, VT ablation was only reserved for patients with incessant VT (drug and shock refractory) usually occurring in end-stage heart failure process and associated with poor outcomes. These studies support the use of catheter ablation earlier in the disease (e.g. following ICD therapy or even as primary prophylaxis) where outcomes are favourable. Furthermore, traditional ablation techniques relied heavily on activation mapping (e.g. determining the optimal ablation site whilst the patient was in VT). Such an approach would not be feasible in haemodynamically unstable VT and consequently success rates were poor. More recent developments have demonstrated high success rates using a substrate modification approach which can be performed during sinus or paced rhythm. For example in one RCT, using a substrate modification approach during catheter ablation for VT resulted in 91% freedom from ICD shocks after 2 years with a complication rate of 4.7%.

What does the new decade hold for the future of VT ablation?

There are a number of key developments that we can expect during the coming decade for VT ablation (see Figure 2), in the following three domains: 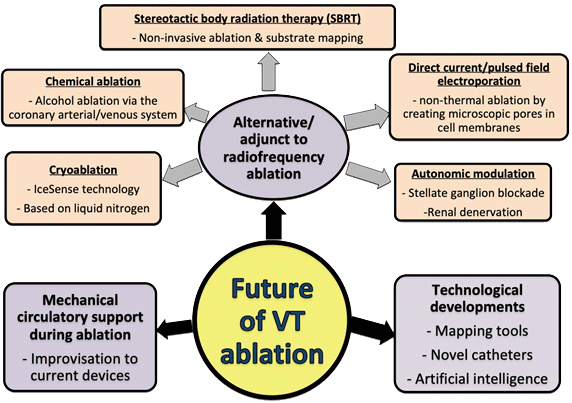 Figure 2. The developments in VT ablation that we can expect during this decade

Acute haemodynamic decompensation occurs in 11% of patients undergoing VT ablation and is associated with increased mortality.36 Even if the VT was haemodynamically stable and tolerated, there may be an increased risk of impaired end organ perfusion during VT ablation. Mechanical circulatory support (MCS) devices may facilitate haemodynamic stability and preserve end organ perfusion during sustained VT to allow long periods of mapping.36 Current options available include the intra-aortic balloon pump, TandemHeart left atrial to femoral artery bypass system, Impella left ventricle to aorta flow-assist system and extracorporeal membrane oxygenation (ECMO). The risk of complications from MCS use such as vascular access, bleeding and thromboembolic risk as well as the increased cost precludes its routine use. Therefore, further improvisations and newer MCS devices, risk stratification tools and randomised trials are needed in this decade to ensure that high-risk VT ablation patients obtain the best short and long-term outcome.

This decade will see the electrophysiology community learn more about and potentially expand their adoption of emerging technologies. It is hoped that these technologies will improve mapping and ablation techniques translating into better safety and efficacy outcomes for patients undergoing catheter ablation of VT. For example, high density mapping catheters have improved substrate definition and provide rapid mapping during VT which is particularly useful in patients with haemodynamically unstable VT. The use of contact force catheters and intracardiac echocardiography can help reduce the risk of complications. Much research is ongoing to identify the optimal and safest method of delivering larger and deeper lesions e.g. lower ionic strength irrigants, energy delivery guided by impedance modulation, simultaneous unipolar and bipolar ablation and novel ablation catheters (including retractable needle-tip electrode catheter which can ablate arrhythmogenic substrates that are conventionally difficult to reach e.g. mid wall or septal).37 Advances in artificial intelligence has allowed the development of software to predict VT inducibility as well as guide successful ablation sites.38 The software integrates detailed scar assessment using pre-procedural cardiac magnetic resonance imaging to create a virtual heart. Models using the virtual heart can predict VT circuits and areas of successful ablation. However, these image-based simulation models are yet to be used prospectively in patients.

Several promising alternatives to RF energy delivery for VT ablation have emerged in the last decade and it will be interesting to see how much of the following techniques will be adopted to routine practice in this decade (see Table 4).

The aforementioned RCTs have enlightened our understanding of the benefits and risks of catheter ablation of VT but plenty of questions remain: What is the optimal timing of catheter ablation of VT? Is there a role for primary prevention VT ablation? Can non-invasive scar assessment help predict patients that are likely to develop VT?  More randomised controlled studies are ongoing to address some of these questions and are listed in Table 5.

Catheter ablation of VT has come a long way since its first description in 198326 and multiple studies since then have supported its utility in the management of patients with VT. The encouraging results from the recent VANISH trial have paved the way for the recommended use of catheter ablation of VT in ischaemic cardiomyopathy patients with an ICD who present with recurrent monomorphic VT/VT storm/ICD shocks despite AAD therapy.1 With emerging technologies, innovations and refinements to current tools and the increasing number of studies being conducted in this new decade, the field of VT ablation certainly has a promising and bright future.