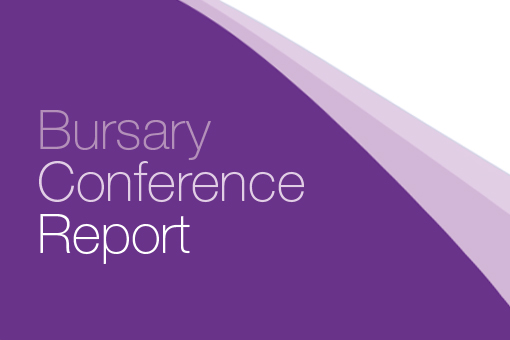 I am grateful for the British Cardiovascular Society in supporting my attendance at the American College of Cardiology 69th Annual Scientific Sessions in New Orleans, Louisiana.

The late-breaking clinical sessions captivated the audience with multiple concurrent publications in the New England Journal of Medicine, having the scope to immediately change our practice. PARTNER 3 convincingly demonstrated that in low-risk patients with symptomatic aortic stenosis, treatment with transcatheter aortic valve implantation (TAVI) yielded superior 1-year outcomes to surgical aortic valve replacement (SAVR) in reduction of death, stroke and hospitalisation. This was supported by the 2-year trial, Evolut (presenting 1 year results), demonstrating non-inferiority of TAVI, but not superiority at this stage, whilst incorporating harder endpoints of death and stroke. Both trials have comprehensively determined short term safety, and as long term follow-up data about valve durability and progression of paravalvular regurgitation emerges, use of TAVI is likely to extend to low risk patients.

The expert multi-disciplinary input from the panel surrounding WRAP-IT and POET led to stimulating discussions. WRAP-IT demonstrated that adjunctive use of an antibacterial envelope led to a lower rate of device infection without any additional complications, whether patients were undergoing revision, upgrade or initial device implantation. Discussions surrounded why immunocompromised and dialysis patients, were excluded from the trial, when they would seek to benefit the most from this strategy, but the authors argued that they wanted the results of this trial to be more generalizable. POET demonstrated that in stable patients with left sided endocarditis, changing to oral antibiotics after 10 days was non-inferior to continued intravenous therapy. Again, the panel raised valid points that the Danish population studied contain fewer cases of Staphylococcus aureus infection and certainly no Methicillin-resistant strains which was a greater issue in the US due to the current opioid crisis, however the overall implications are far-reaching in terms of reducing deconditioning associated with inpatient stay and overall healthcare costs.

COAPT revealed that in patients who had been successfully resuscitated after out of hospital cardiac arrest and with no signs of STEMI, immediate angiography was not found to be better than a strategy of delayed angiography with respect to 90-day survival. AUGUSTUS demonstrated that in patients with AF and recent ACS or PCI treatment, treatment with P2Y12 inhibitor plus apixaban resulted in less bleeding and hospitalisation than treatment with warfarin, aspirin or both, without affecting ischaemic events. Finally, MOMENTUM 3 described a superior left ventricular assist device for patients with advanced heart failure.

During the conference, I presented two abstracts centred around improving our diagnosis and management of coronary microvascular dysfunction. The first one demonstrated that our commonly used thresholds for diagnosing MVD are too stringent and we risk under-treating several individuals with a condition that heralds a poor prognosis. Using high resolution cardiac magnetic resonance imaging, we identified clearer ischaemic thresholds. The second demonstrated that MVD encompasses different pathophysiological subtypes. Certain subgroups are known to possess symptoms refractory to medical therapy, and using peripheral vascular function testing, we have demonstrated these patients have systemic abnormalities, likely reflecting a more severe disease phenotype. Both abstracts were very well received and I was grateful to have the opportunity to discuss these topics with experts in the field.

Once again, I would like to convey my thanks to the British Cardiovascular Society for facilitating my attendance at this conference.