Atrial fibrillation (AF) is the most common sustained arrhythmia and is associated with an increased risk of stroke, heart failure and death.(1,2) AF is a significant public health issue with an estimated global incidence of 5 million new cases per year(3) and this number is expected to rise in the future.(4) By 2060, it is predicted that a total of 17.9 million people in Europe will be affected by the condition.(5) In addition to an ageing population, trends of rising body-mass index (BMI) are thought to contribute to the growing AF epidemic. A global population-based study found an increase in mean BMI over the past four decades from 21.7 kg/m2 to 24.2 kg/m2 in men and from 22.1 kg/m2 to 24.4 kg/m2 in women.(6) Over the same time period, the age-standardised prevalence of obesity increased from 3.2% to 10.8% in men and 6.4% to 14.9% in women. Therefore, we cannot afford to ignore this ‘large’ problem in the management of patients with AF. In this editorial, I will briefly outline the impact of obesity on the pathophysiology, outcomes and management of AF. Further, I will describe how a structured weight loss and risk factor modification approach can help improve outcomes in obese patients with AF.

Pathophysiology of obesity in AF

Obesity has consistently been shown to increase the risk of incident AF.(7–9) In fact, a meta-analysis of ten studies by Jones et al. (2019) demonstrated that the incidence of AF increased by 13% for every 5% gain in weight.(9) The underlying pathophysiological mechanisms linking excess weight and AF are poorly understood but may be related to left ventricular hypertrophy, diastolic dysfunction, left atrial dilatation, increased atrial fibrosis and epicardial adipose tissue.(10) In addition, obesity is an independent risk factor for other cardiovascular diseases (e.g. hypertension, coronary artery disease, metabolic syndrome) that in turn increase the risk of AF. Another important condition that correlates excess weight with AF is obstructive sleep apnoea which is more common in obesity and increases the risk of AF by 4-fold.(11)

Atrial fibrillation causes electrophysiological, mechanical and structural re-modelling that creates a substrate within the atria for further arrhythmia.(12) As such, the term ‘AF begets AF’ is often used. The natural progression of the disease is such that many patients who initially suffer from paroxysmal AF will eventually progress to persistent AF. Progression of the disease appears to be accelerated in patients with a raised BMI.(13) It was also observed that there was a graded relationship between BMI and progression of the disease, with those at the highest BMI being most at risk.

Many patients with AF are asymptomatic or have very minor symptoms. As a result, it can remain undiagnosed for a long period of time. However, in those with the condition, increasing BMI was associated with worsening AF symptom severity, burden and quality of life(14) (Figure 1). The study by Chalazan et al. (2018) used the Toronto Atrial Fibrillation Severity Scale (AFSS) to assess the severity of AF.

The AFSS score is comprised of three categories:

Each parameter is rated by the patient (from 0 to 5) and the sum of ratings used to calculate the total AFSS score (max 35 points) with higher scores indicating greater AF severity. The authors demons- -trated that patients with a raised BMI were more symptomatic of AF, regardless of whether they were treated with a rate or rhythm control strategy (including catheter ablation).

Impact of obesity on AF management

The management of AF involves initiation of anticoagulation therapy in those at high risk of stroke, rate and/or rhythm control and management of risk factors and concomitant conditions.(15) There has been no definitive evidence to suggest a difference in the effectiveness of a rate control strategy among those with a raised BMI. However, in contrast, rhythm control appears to be less efficacious in obese patients with AF and associated with higher risk of procedural harm.(16) In a study of 752 AF patients treated with anti-arrhythmic medications, Vinolas et al. (2013) reported that obesity was independently associated with a lower probability of pharmacological reversion to sinus rhythm.(17) Furthermore, raised BMI was also linked to a higher rate of AF recurrence at 1-year following catheter ablation(18) and higher risk of complications following catheter ablation.(16)

In another study of 125 AF patients undergoing direct current cardioversion (DCCV), the routine use of 200 J was found to be inadequate in obese patients, with higher success observed using paddles and escalation to 360 J.(19) 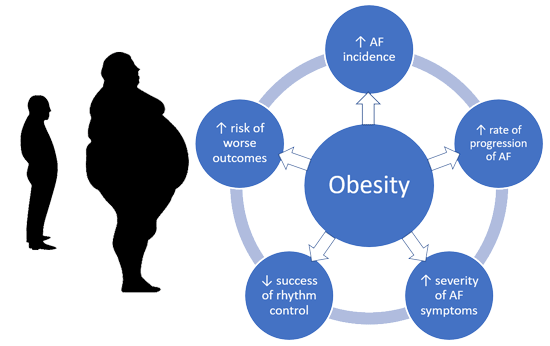 Figure 1: The effects of obesity in patients with atrial fibrillation

Whilst shock vector (anterior-posterior compared to antero-apical) had no impact on DCCV success, using the manual pressure augmentation (MPA) technique improved chances of success. The MPA technique involves the application of manual pressure during the expiratory phase of respiration, by either one or two operators wearing latex gloves using either one or two hands, while another clinician charged and delivered the shock through the defibrillator. The MPA technique was successful in 80% of patients who failed both patches and paddles.

Anticoagulation using either a vitamin K antagonist (e.g. warfarin) or a non-vitamin K antagonist oral anticoagulant (NOAC) is recommended in AF patients at high risk of stroke.(15) There were initial concerns about possible reduced efficacy with the use of fixed-dose NOACs in patients with raised BMI. However, data from large randomised controlled and registry-based studies to investigate this have been reassuring. In fact, two systematic reviews have surprisingly shown better outcomes in overweight and obese patients treated with a NOAC compared to those with normal or low body weight leading to the term ‘BMI paradox’.(20,21) Although the reasons for this observation remain unclear, the benefits of higher body weight seem to be driven by improved efficacy as no significant differences in bleeding risk were observed. Additionally, greater benefits were seen with factor Xa inhibitors (Rivaroxaban, Apixaban and Edoxaban) compared to the direct thrombin inhibitor (Dabigatran). Analysis of real world registry data suggested that obese patients receiving factor Xa inhibitors had lower rates of stroke whilst the direct thrombin inhibitor was associated with a higher rate of stroke/venous thromboembolism in patients with a body weight >100 kg.(21)

Table 1: Example of a weight-loss and risk factor management programme adapted from the REVERSE-AF trial(24)

AF and obesity are commonly encountered in the clinical setting. Patients with excess weight are at increased risk of incident AF, accelerated progression of the disease, more severe symptoms, reduced likelihood of effective treatment and higher rates of complications. Accumulating evidence demonstrates that risk factor management including a structured weight-loss programme in obese AF patients can improve outcomes.